Fluffer is back with a bang, dripping with as much angst as a coffee shop full of unemployable Millennial's.  This eclectic lineup has tickled more than the fancies of their naughty fans.  Ankle bracelets alone can't keep them in line or monitor them from getting too close to their loyal followers.  You may not be safe, but you are never sorry when staggering into the "Church" of Fluff n Roll !!! 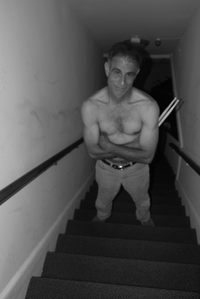 Hits the drums like they mugged his grandmother.  Tony has been compared to a cross between Dean Martin and Keith Moon...once played a gig with two broken arms (neither of them his). Influenced by all the greats and of course Russian crash videos on YouTube.  Swiss clocks set their timing to his, and he literally gives the shirt off his back because we have never viewed a video or picture with him wearing one. 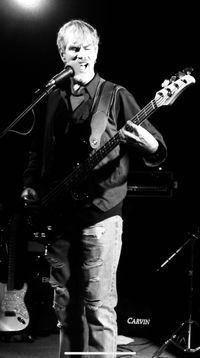 Andy came out of the womb playing a kazoo made from his umbilical cord, so his parents knew he was headed for musical greatness.  After cutting his teeth on the triangle he moved quickly to piano.  In his teens he switched to bass (since counting past 4 took too much effort).  Disappearing in his twenties, he was rumored to be jamming with the statues on Easter Island.  In actuality he was discovered playing guitarron in a mariachi band while on a two-decade long bender.  Andy is known for his wide variety of musical influences, and is curremtly in a milf-gaze microtonic jazz phase. 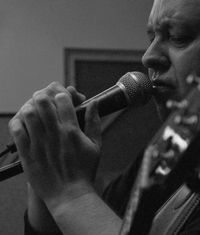 Like Robert Johnson he went down to the crossroads, unfortunately, the devil passed on the soul for talent trade.  He did give Rob a nice Groupon for gutter cleaning though, so all was not lost.  What Rob lacks in skill he makes up for in punctuality.  Is a former plus size underwear model who once posed for the President at least until the secret service tackled him.  Loves long walks to the bathroom, pigeon boxing, and looking for moles on strangers.  Ace Frehley, Tony Iommi, Oscar the Grouch and Paula Abdul are his biggest musical influences.  As of 2018 he is endorsed by Kononykheen Custom Guitars out of Russia. 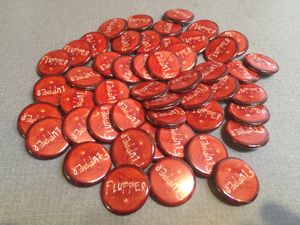